President Trump’s fear of the people he is supposed to be leading is pathetically obvious. Trump isn’t just staying away from his beloved castle in the sky on Fifth Avenue in New York in dread of the immense protests that would bring his motorcade — and much of Manhattan — to a halt.  With the exception of weekends at Mar-a-Lago, golf outings and trips to the comfy confines of military bases, Trump has slipped away from the White House only to visit states that he won since taking office 11 weeks ago, and even in these so-called safe states he has not made a single appearance outside of tightly controlled environments.

On Monday, Trump will become the first president since 1910 to not throw out the ceremonial first pitch on the opening day of Major League baseball season lest the inevitable boos thundering down on him from the sellout crowd at Nationals Park a few blocks from the White House assail his tender ears and bruise his immense ego.  Yet despite his fear of going out on the hustings as Barack Obama and their presidential predecessors regularly have done, he and his family are costing taxpayers a small fortune despite their enormous wealth.

This is because of their lavish lifestyles, penchant for vacation weekends and brazenly mingling family business with the nation’s business in far-flung places.  Typical is a February trip when Trump’s sons Eric and Donald Jr., with a Secret Service detail in tow, decamped nearly 8,000 miles from Washington to attend the grand opening of a Trump-branded golf resort in the United Arab Emirates in but one of many egregious examples of the Trump and his family using the presidency as a profit center.

In the early months of Trump’s presidency, he has visited his Mar-a-Lago resort in Florida five times at a cost of $18 million while Obama’s trips averaged a mere $12 million a year over his eight-year presidency.

It is likely the only reason Trump stayed in Washington this past weekend was because of the attention being given to his expensive getaways amidst the mounting Russia scandal.  After all, he can lick his self-influcted wounds anywhere.

While Trump has been chauffeured from the White House to one of his hotels, campaign-style rallies or Mar-a-Lago surrounded by a cocoon of yes-men who assure him that news about his rock-bottom popularity is fake, Obama seemed to be everywhere in the first months of his presidency: Town halls, courtside at an NBA game, on The Tonight Show. Oh, and he threw a ceremonial first pitch almost every year of his presidency. 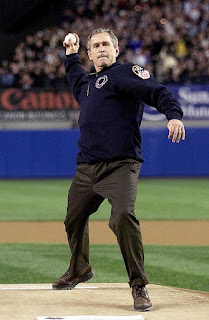 In fact, Trump cancelled his only public appearance, a trip to a Harley-Davidson factory in Milwaukee, out of fear that protesters would steal the show, and compared to Obama’s frequent jaunts his most daring venture has been to lay a wreath at the grave of Andrew Jackson, the great white supremacist god, in Nashville.  Even the White House Easter Egg roll, an opportunity for the president and family to present a fun face to the public held since 1878, apparently is a non-starter.

Bottom line: Trump has not shown his face in a truly public setting since his inauguration, and that is simply extraordinary given the peripatetic lifestyles of his predecessors.

Not just Americans are noticing.

Travel agents are finding that people around the world have taken a look at Trump and decided the U.S. is not a place they want to visit.  The “Trump Slump,” as the travel industry calls it, is 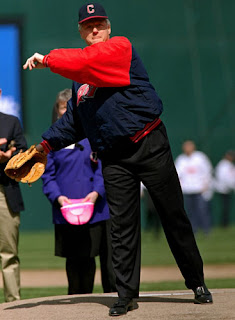 expected to result in a $7 billion decline in foreign visitors this year after a surge in tourists from 51 million to 71 million a year during the Obama years.

The precipitous decline is a predictable consequence of Trump’s “America First” message, obsession with the Mexico border wall, anti-immigrant and anti-refugee policies and rudeness to longstanding allies.   Coastal cities like New York City, Los Angeles and Miami will fare the worst.  Some 30 percent of all foreign tourists visit New York, and a projected decline of 300,000 visitors this year would cost city hotels, restaurants and attractions about $900 million.

The aversion of the one-time reality TV star and celebrity shmoozer to going out among his fellow Americans is taking on pathological dimensions, but they are part of a larger whole.  Donald Trump is the worst kind of person, a cowardly who runs and hides at the first sniff of trouble.

Editor’s Note: This essay originally appeared on April 3, 2017, on Kiko’s House, a website featuring commentary by journalist and author, Shaun Mullen.  It was reproduced here with the consent of Mr. Mullen.

Google’s unofficial motto, “Don’t Be Evil,” surely qualifies as one of the most risible of its kind.  The admonition seems better suited for a fortune cookie than one of the world’s most ruthlessly aggressive companies.  But there it is, a monument to corporate claptrap. END_OF_DOCUMENT_TOKEN_TO_BE_REPLACED